Chocolate Wars – From Cadbury to Kraft 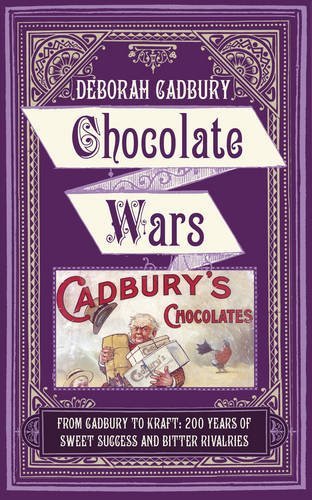 ‘Chocolate Wars’ is a journey by Deborah Cadbury into her own family history. It tells the story of the British chocolate industry over more than 200 years.

The connection between the Cadbury family and chocolate started when Richard Tapper Cadbury sent his son John, to London to look at an exotic new commodity: the cocoa bean. In 1824 John Cadbury opened a shop in Bull street, Birmingham, where he sold tea, coffee, cocoa and drinking chocolate. The family were Quakers, a group with Christian roots who place great reliance on conscience as the basis of morality.

In the 1840’s, John was joined by his brother Benjamin and they moved production from a small warehouse to a factory. 14 years later they received a royal warrant as manufacturers of chocolate and cocoa. 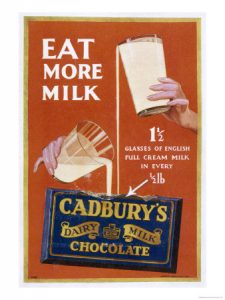 After the company was taken over by John’s sons, Richard and George, Cadbury production outgrew the factory at Bridge street. They started to look for a new location to build their new factory out of the city, where workers would benefit from fresh air. They moved to Bournville, which opened in 1879.

In 1893, with the belief that business should benefit everyone and that a Quaker should not gain more money than needed, George bought more land around Bournville and built an affordable village where people could escape from the slums of the city.

By the 1930’s Cadbury’s was the 24th largest manufacturing firm in Britain. We also hear about the struggles in the face of globalisation. This meant that rather than the small competition between similar Quaker firms in Britain such as Fry’s and Rowntree’s, Cadbury is opened up to a world of confectioners all fighting for their place on the shelves. 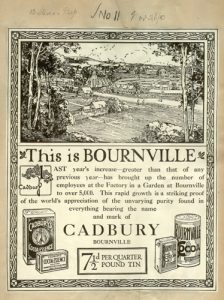 Mergers were completed between many confectioners in this time. In 1969 Cadbury merged with Schweppes but after pressure to increase profit for their shareholders they de-merged in 2008.

This de-merger led the way for the hostile take over of Cadbury’s by the American company Kraft.

I really recommend this book to anyone with an interest in chocolate, confectionary or history. It was really interesting to learn not only what helped shape the chocolate industry but also how the family’s strong Quaker beliefs influenced every decision made about the company.

You can buy the book on amazon here. I’m hoping to do a few more posts about chocolate in todays world so keep an eye out for them.

[…] World. I recently read a book about Cadbury called ‘Chocolate Wars’ (which you can read about here) and although we had both been to Cadbury World before, we were both quite young and don’t […]