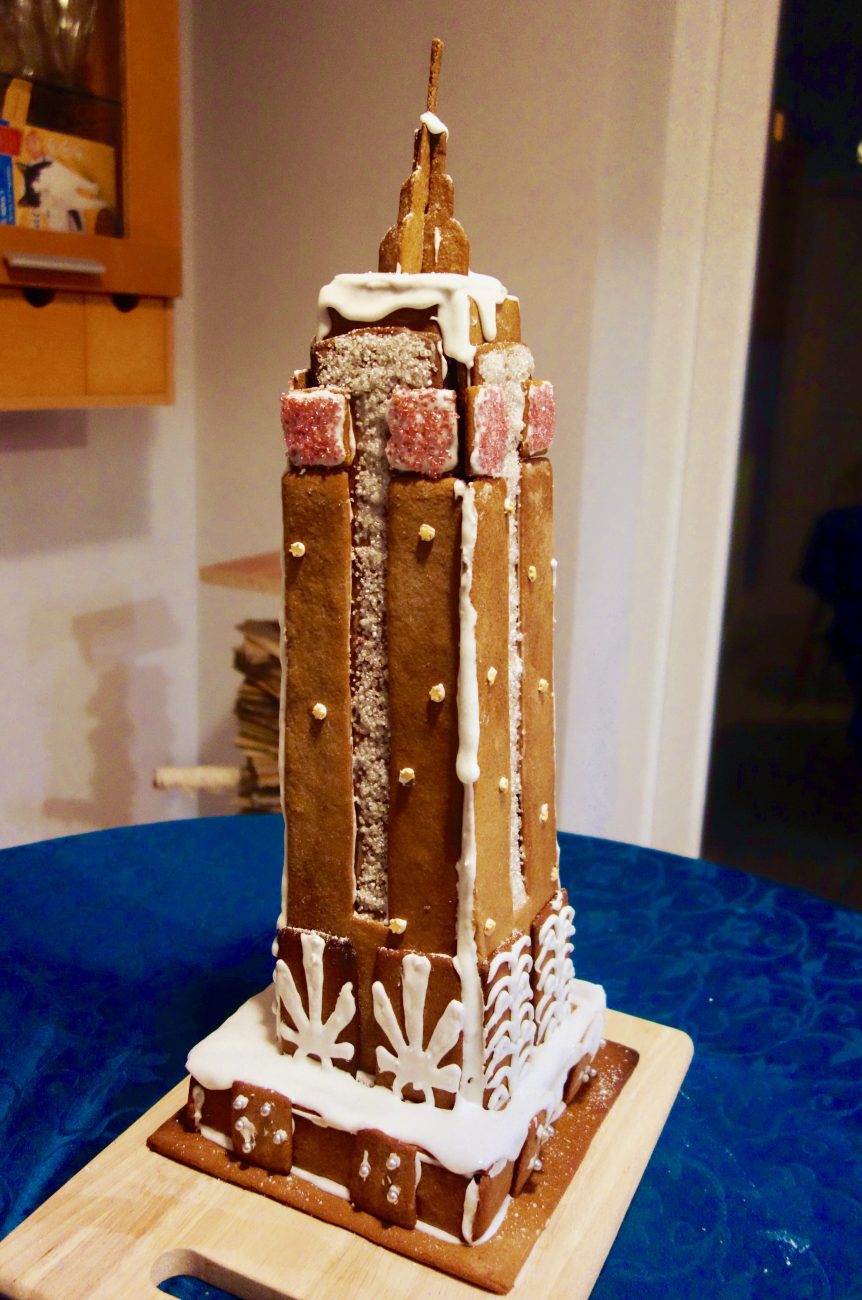 You probably know by now that every Christmas we have the tradition of making a gingerbread ‘creation’. It started off with a gingerbread house one year and as it was a success we decided to do one the next year and the next. Since then, we’ve tried to think of original things to make that are special to us. Last year we bought a house so we made our first home out of gingerbread. A few years before we made a Tardis because we are both big fans of Doctor Who. I was struggling to think of something to make this year until we went to New York at the end of November which inspired us to make a Gingerbread Empire State Building! 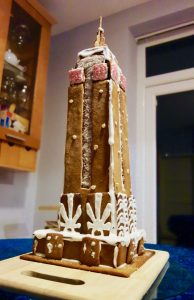 We always use the same recipe which you can find here. One batch makes enough for pretty much any structure (as long as it’s not life sized!) and you can make some gingerbread men if you have left overs. We make the template out of A4 paper which helps because it restricts you to a certain size. You can make your own design if you’re feeling really creative or fancy a challenge like us, or you can google gingerbread house templates and print them off. Billy is usually in charge of the template because if it was left to me I’d just wing it and end up with The Leaning Tower of Pisa. 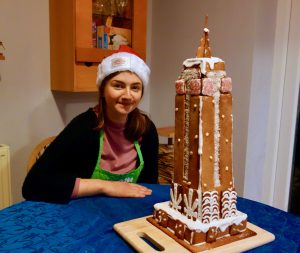 My top tip is to decorate before you stick it together. We’ve done both but it’s easier and there’s less risk of knocking it over if you decorate before. You can always add more decoration after it’s assembled.

Once you’ve decorated your pieces it’s time to stick them together. You really need two people for this because two hands isn’t enough. It’s also easier if you use a piping bag for the icing but you don’t have to use one. One person can ice while the other person holds it all together until the icing sets a bit. You could also use kitchen items to prop bits up. Finally, add a dusting of icing sugar for the finishing touch!