My Cake Was On TV?! How I Made A Cake For TV 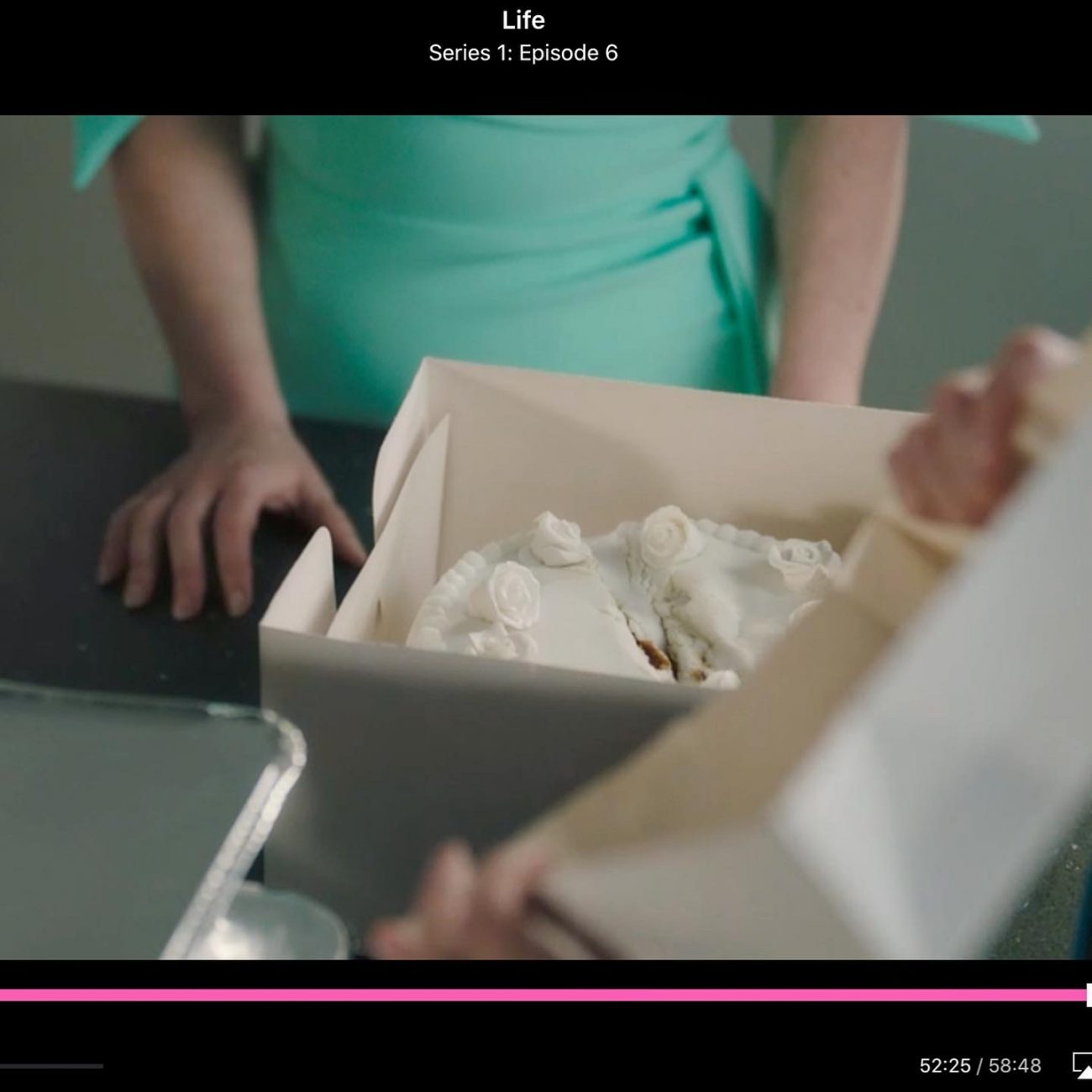 This time last year I got to do something really cool – I got to make a cake for a TV show! The show is called ‘Life’ and is on BBC1 Tuesdays at 9pm and the whole series is available on iPlayer. I haven’t actually watched the whole series yet but I do know that my cake is in episode 6. So here is the crazy and stressful story of how I made a cake for TV.

I was just going about my morning at home as I didn’t have any cakes to bake that day when I got a text from my husband asking is I could make three two layer sandwich cakes that had to be gluten free and vegan. It sounded pretty easy so I said sure I can do that. Then he went on to explain more. It turns out they needed three identical fondant covered cakes (I hate fondant and don’t ever make fondant cakes) that are supposed to look like the type of wedding cake you can get from somewhere like M&S and they needed one to be ready to start filming in the afternoon which gave me about 5 hours including getting it to Manchester. 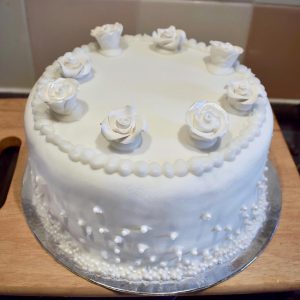 They actually had a cake from M&S but they changed the action so that people needed to eat it and they had some cast members with different dietary requirements which meant they couldn’t use that one. They didn’t know where they could get three identical free-from cakes from in such short notice but luckily my husband was working in the art department and put my name forwards.

It was quite stressful because as I said I don’t make fondant cakes but I muddled through the first one that they needed that afternoon while sending photos back and forth to check I was doing what they wanted. After lunch I sent the cake in the car with my husband who drove it up to Manchester very carefully! Then I carried on decorating the final two cakes. 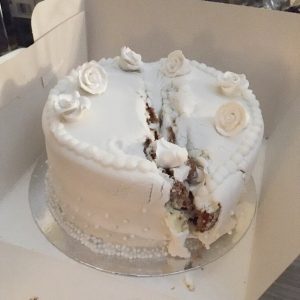 I got a phone call saying the cake had got there safe but it turns out they needed the cake to look like it had been dropped or something (I haven’t watched the episode yet so I’m not sure what actually happened to it). Because there were three cakes they had to find a way to damage them identically so they had to hit it with a rolling pin! You can imagine my surprise and shock when I got a photo of the cake I’d just stressed about decorating nicely with a big hole down the middle! It did take the pressure of making the other two look nice though!

So I finished the last two cakes and they were delivered the next day. I’ve been waiting a year to say anything about it because I know that things in TV shows get cut or changed and I was concerned my cake wouldn’t make it onto the show. But there it is in episode 6!

And that’s it! That’s the story of how I made a cake for TV. I might even have done a few more cakes for a TV show recently so come back in a year and I might be able to tell you about that one!