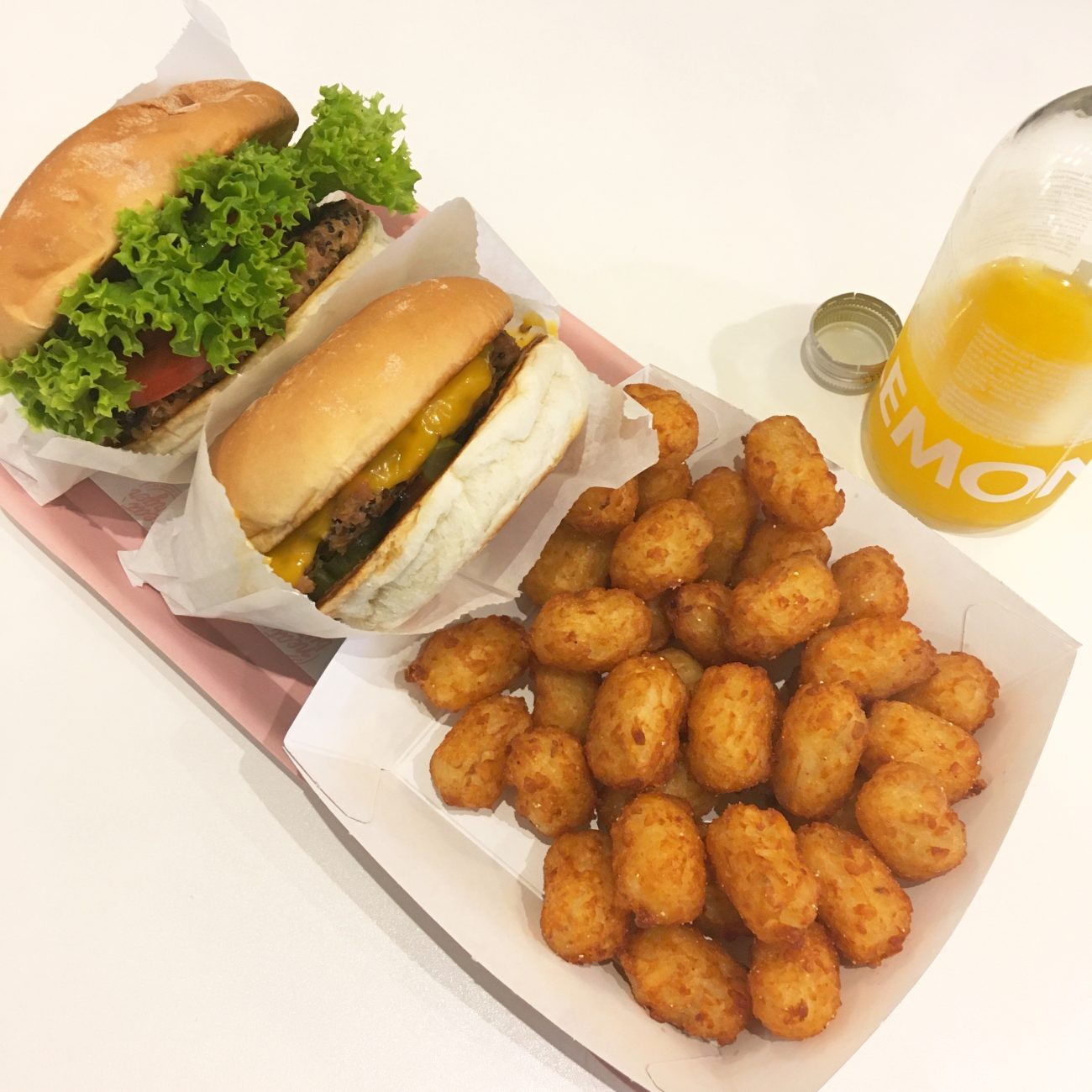 We spent last weekend in London and I absolutely love going to the capital because there’s so much more vegan options compared to the small town I live in. In fact, we went to two fully vegan places that we’d not been to before. Neat Burger opened recently and Lewis Hamilton is a partner and brand ambassador. I love me a vegan burger so we had to check it out!

It’s located just off Regent Street so it’s walking distance from a lot of places in London. We went between two shows so the locations was great. I loved the interior of the restaurant, it was really cool and clean and reminded me of Vegan Burg in San Francisco. I really liked that they had plug sockets along the wall because after a day of train delays my phone needed charging! I had read reviews before I went and the overwhelming feeling was that it was rather pricey. I have to agree that at £22.50 for two burgers, tater tots and one drink it was expensive for fast food. I was really hoping it would be worth it.

I had the cheeseburger with a beyond meat patty, cheese, pickles and tomato relish and my husband had the neat burger with the same patty, lettuce, tomato, grilled onion, pickles and neat sauce. I really loved the cheese burger which had just enough toppings. Sometimes I think a vegan burger can have too much going on and perhaps its to hide the unconvincing flavour of the ‘meat’. This one however was just right. The beyond meat patty is a special mix and it really has nailed the meaty flavour and texture. I don’t know what is in the patty but it looked like little sprouts of something. My husband also loved his Neat Burger and we even said that it was our favourite vegan burger we’ve ever had (for me it was at least on par with the Cinnamon Snail smoky sage seitan burger, but they are very different so it’s hard to compare). We had a serving of tater tots between us and I was surprised that it was quite a big helping. They were so crispy! We shared a drink of passion fruit Lemonaid which was very tasty and they also have milkshakes and even alcoholic drinks if you fancy!

I really enjoyed my meal and personally it was worth the price tag, although it was a treat as we don’t get to London that often. And did I mention that for every product sold a tree is planted?! I’d definitely be up for visiting again!