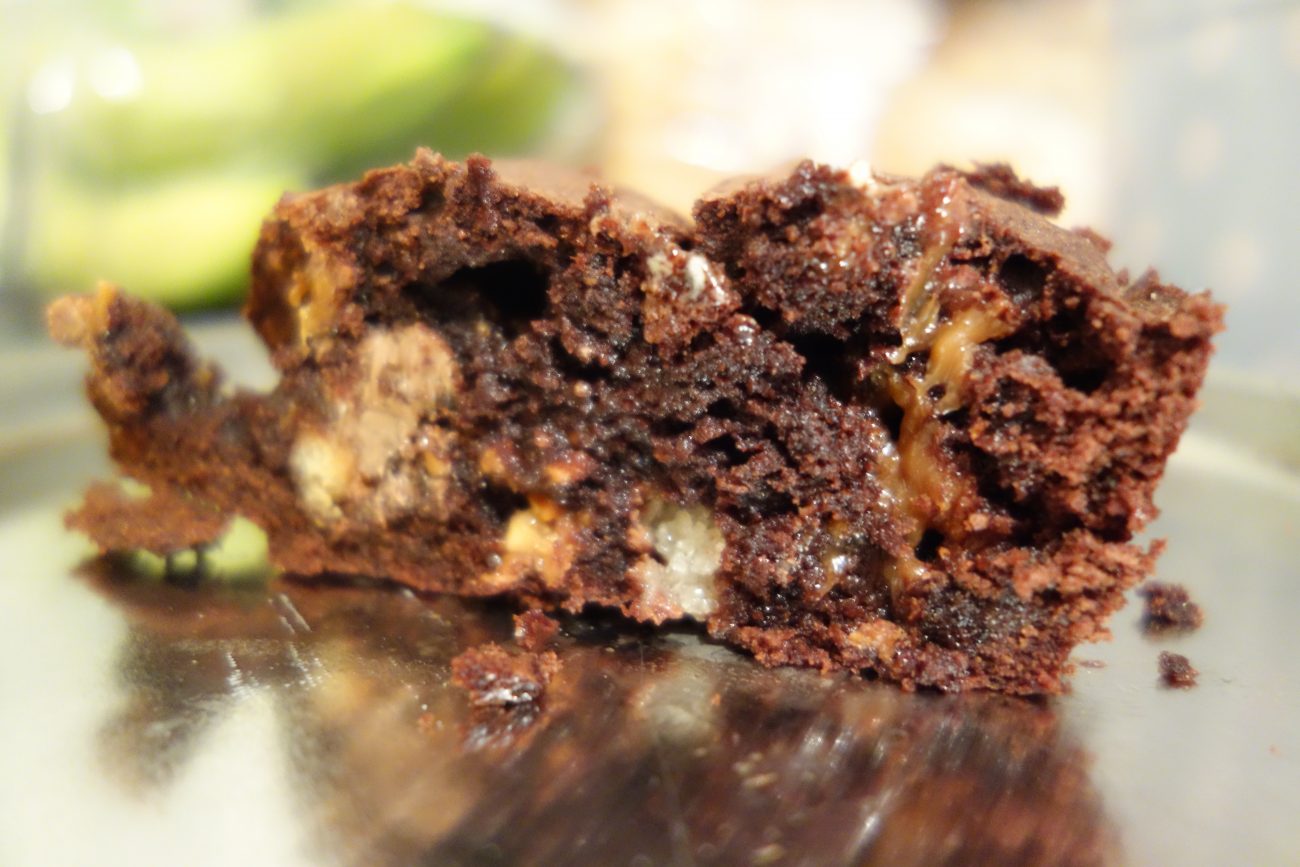 I’m so sorry if you’ve just given up chocolate for lent. But c’mon, you know this isn’t the place to look if you don’t want to be tempted by sweet treats. I actually made these celebrations brownies the other week. There was so much Christmas chocolate left over and I wanted to do something a bit more interesting with it.

I used the same basic brownie recipe as my marshmallow brownies. Instead of marshmallows I chopped a box of celebrations into chunks. Some work better than others. The Malteser ones just kind of crumble when you try and cut them whereas the Milky Ways (which I don’t usually like) chop really easily and melt into a yummy sugary goo in the middle of the brownies. 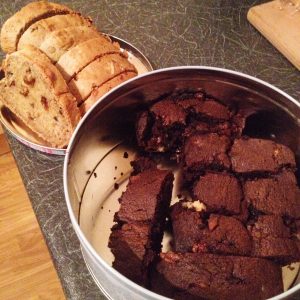 Mix the sugars, butter, cocoa powder and vanilla extract together. Add the eggs one at a time. Sift in the flour, salt and baking powder and mix well.

Chop the Celebrations chocolates into chunks and stir evenly into the brownie mix. Pour the batter into a square cake tin or baking tray and spread evenly. Bake for 20-25 minutes and wait until completely cooled before cutting into squares.