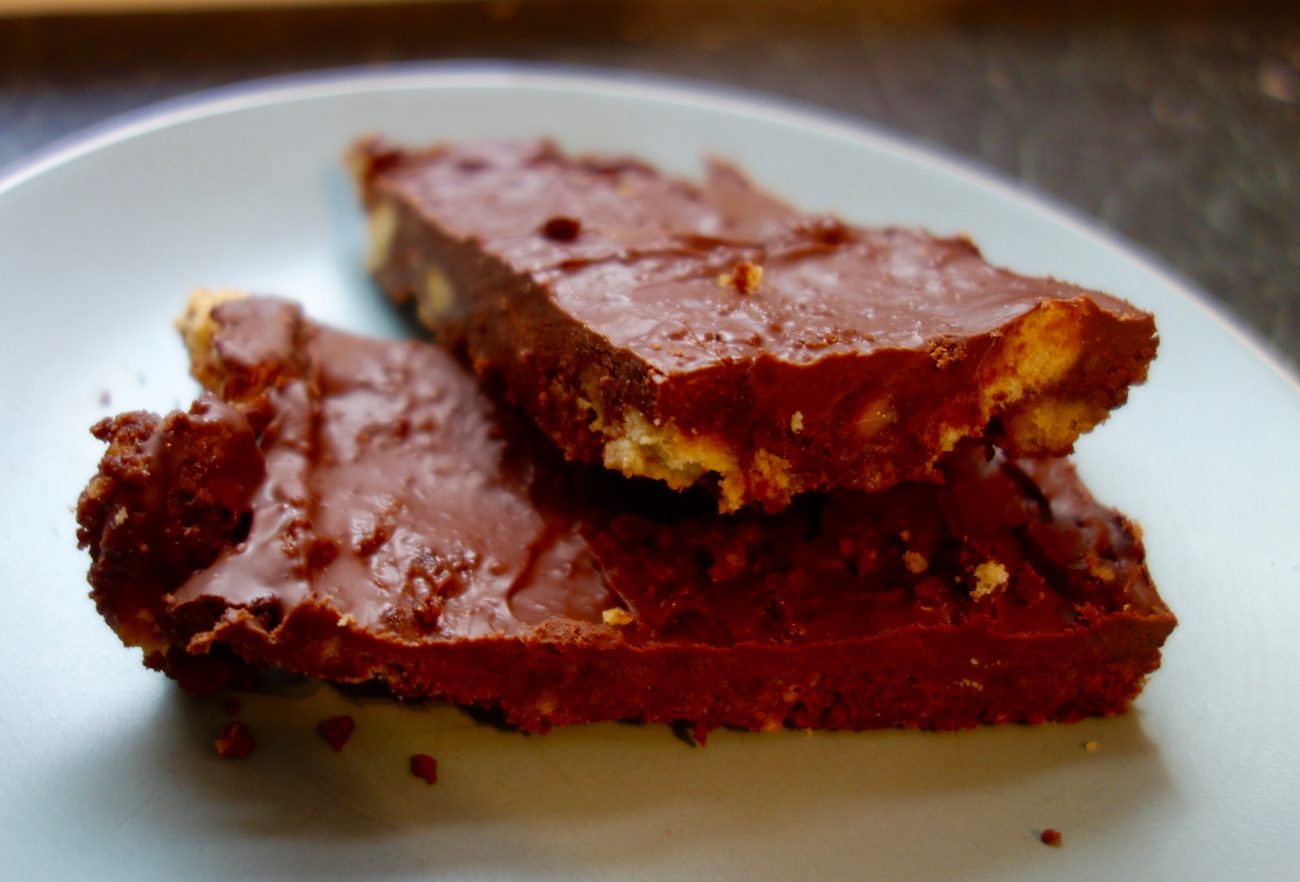 Biscuity base topped with chocolate.

On the train home from London after the blog awards all I wanted was a tiffin bar. I couldn’t find one anywhere, and by anywhere I mean within 2 minutes walking distance from Euston station. I don’t know what my problem with Euston station is but whenever I try to get food there for the train I end up taking about 30 minutes flitting between M&S and Sainsbury’s trying to choose and being unhappy with my choice. When I lived in London and I was going home for my 21st birthday it happened, and it happened again last weekend.

I’ve only had tiffin bars from the school canteen so I don’t know where my craving came from. Maybe the weekend had just been a bit too much and I didn’t want to adult any longer. Maybe I was reverting back to my school days? Billy didn’t even know what one was so I made a batch on Sunday when we were home. 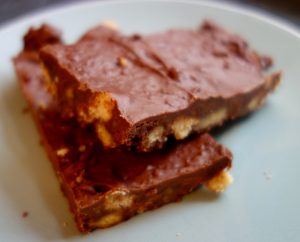 After looking at different recipes I kind of just made up my own version. Some recipes were saying to put raisins in but I don’t remember them having them in at school. Another recipe called for malteasers but to be honest more malteasers would have gone in my mouth than in the tiffin bars.

All that’s involved is a bit of biscuit crushing and some melting so they’re really easy to make. If you liked my Custard Cream bars you’ll love these!

Crush the bourbon creams into fine crumbs. You can use a food processor or put them in a sandwich bag and bash with a wooden rolling pin. Crush the shortbread biscuits into chunks and mix into the bourbon cream crumbs.

In a saucepan melt the butter with the sugar and golden syrup. Pour this over the biscuit crumbs and mix well. Spread the mixture into a baking tin (right into the corners!) and press it down to help it all stick together a bit better.

Melt the chocolate in the microwave at 3o second intervals. Pour over the biscuit and cover the whole thing. Refrigerate for 1 hour. Cut into pieces – I made ours into 10 large slices but you could make yours smaller if you’re not as greedy as me!