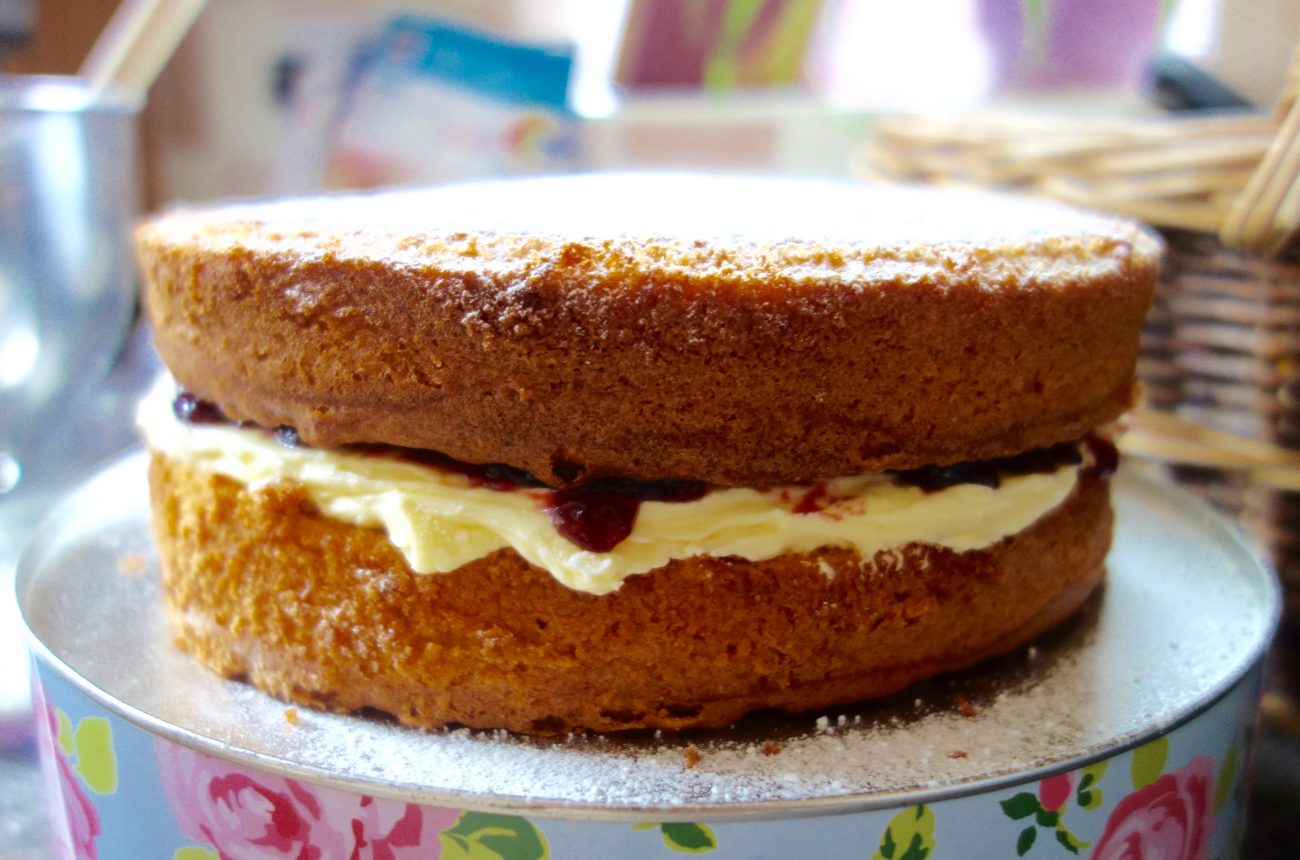 A traditional Victoria Sponge filled with jam and buttercream.

Ever since the Great British Bake Off final on Wednesday I’ve been craving a classic Victoria sponge. It’s often taken for granted when there’s so many other modern cakes to choose from. I’m certainly guilty of that but there’s nothing like taking cake back to basics with a simple Victoria sandwich cake. 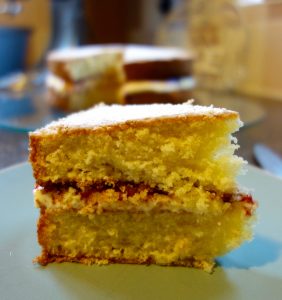 Obviously you know that I love Bake Off but something else I’ve been enjoying on TV lately has been ITV’s Victoria (biggest Jenna Coleman fan right here, I’m still mourning the loss of Clara from Doctor Who). I also like The Victorian Slum on the BBC which shows how the opposite end of Victorian society lived.

According to Professor Rebecca Earle, who teaches ‘The Global History of Food’ at Warwick University, and food historian Alysa Levene, Queen Victoria really was partial to a Victoria sponge filled with a thin layer of jam. She also liked ‘chocolate sponges, plain sponges, wafers of two or three different shapes, langues de chat, biscuits and drop cakes of all kinds, tablets, petit fours, princess and rice cakes, pralines, almond sweets, and a large variety of mixed sweets’. A girl after my own heart! 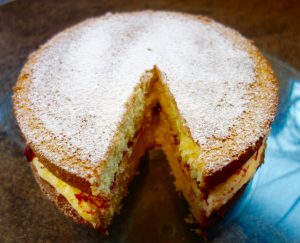 ‘An early recipe for Victoria sponge appears in Mrs Beeton’s 1861 Book of Household Management, which achieved sensational and enduring success despite Isabella Beeton’s rocky start with sponge cakes.’ (her first published recipe ‘A Good Sponge Cake’ didn’t state how much flour to use).

‘Unlike modern sponge cakes, her recipe employs no baking powder or other leavening agent aside from the eggs; baking powder, invented in 1843, did not become common in cakes until some decades later.’ 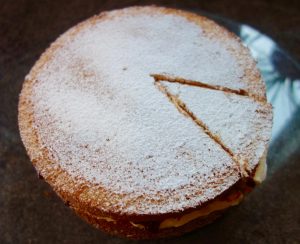 Professor Earle tried out Mrs Beeton’s recipe but it didn’t live up to her expectations.

‘The batter puffed up enthusiastically, but unevenly, and an extra 5 minutes in the oven was not enough to prevent the cake from being what my Austrian grandmother would have called ‘mürbig’, or under-baked.’

‘I shall stick to Mary Berry’, she says. Good choice. I however used this BBC Good Food recipe which was quick, easy and most importantly delicious! Read the full article including Mrs Beeton’s original recipe here.

Mix together all of the sponge ingredients until smooth. Spread half into each tin and bake for 25-30 minutes or until a knife comes out clean. Leave to cool.

To make the buttercream beat the butter with the vanilla extract until soft and then add the icing sugar.

Spread over one layer of sponge, top with a thin layer of jam and sandwich the second sponge on top. Dust with icing sugar to finish.