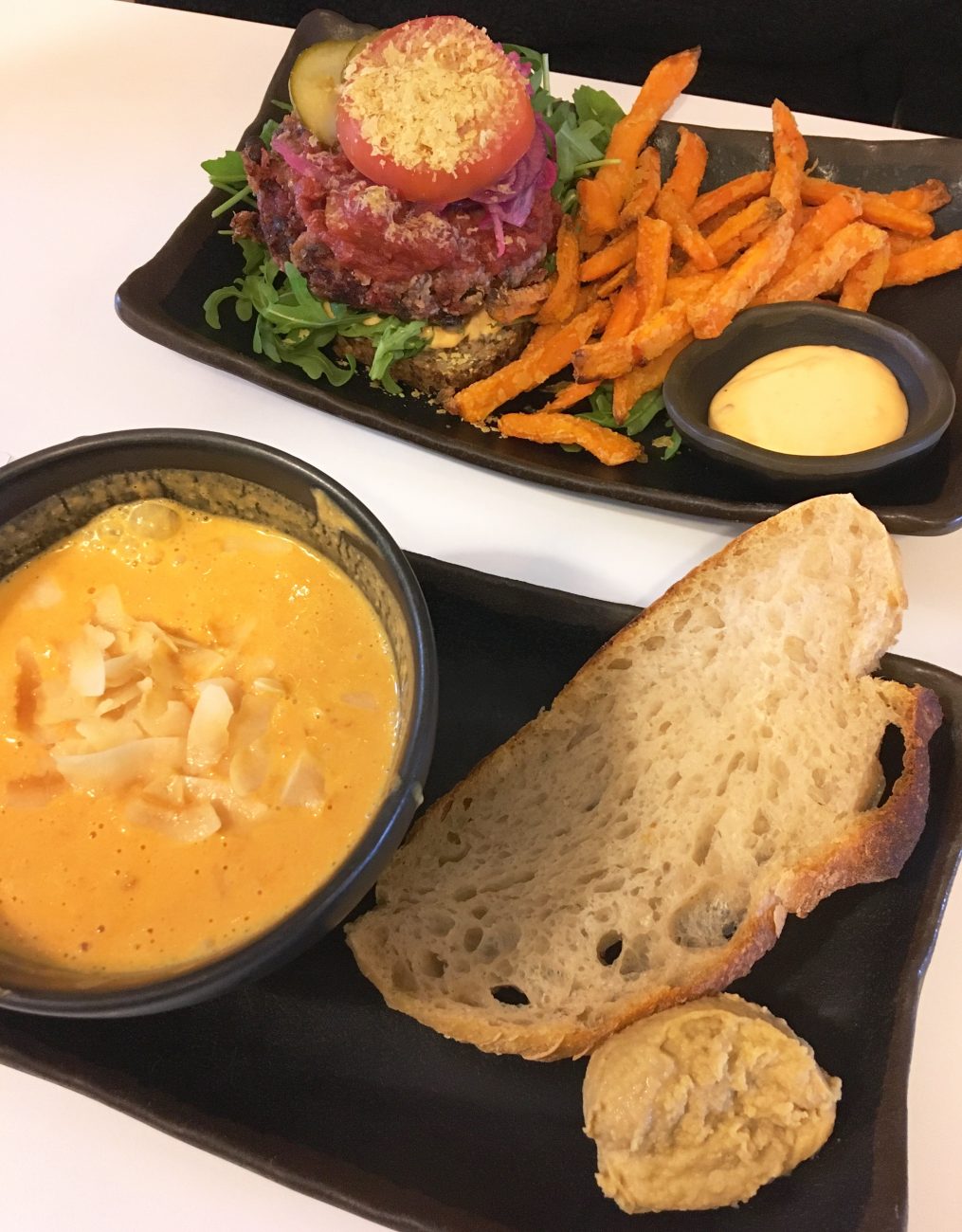 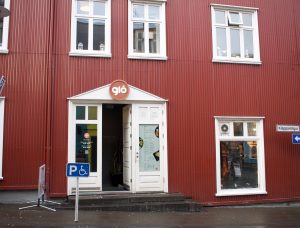 I really wanted soup and I believe the soup of the month is always vegan. In November it way coconut curry soup which was delicious. I loved the coconut bits in it which gave it a bit of texture. It came with a slice of sourdough bread and a bit of hummus. It was just what you needed on a November day in Iceland, it was hot and just spicy enough and I just love that it came with hummus. 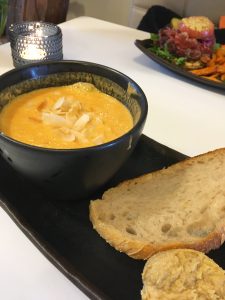 Billy had the veggie burger which came with sweet potato fries and sauce. The burger patty was nice and has lots of beans in and the sweet potato fries were nice (and a nice change from regular fries). The only bad thing was that it had a lot of sauce on and Billy really doesn’t like sauce. If we were ever to visit again I’m sure they would happily leave the sauce off but we didn’t realise how much would be on it. I’d probably have loved it, we just have different tastes. The only odd thing was that it only had bread on the bottom and not the top, but the bread that he had he said was really nice. 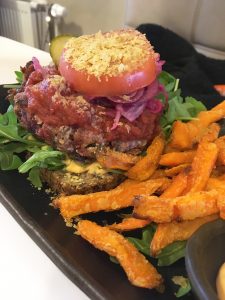 At £23.20 for both meals it wasn’t very expensive for Iceland. They also had cakes and I wish I had bought one because they looked so nice but I was just too full at the time. They even had a Snickers cake and
a cheesecake! Overall, Gló is a great place for a warming lunch in Reykjavík. During our stay in Reykjavík we also ate at Veganæs.