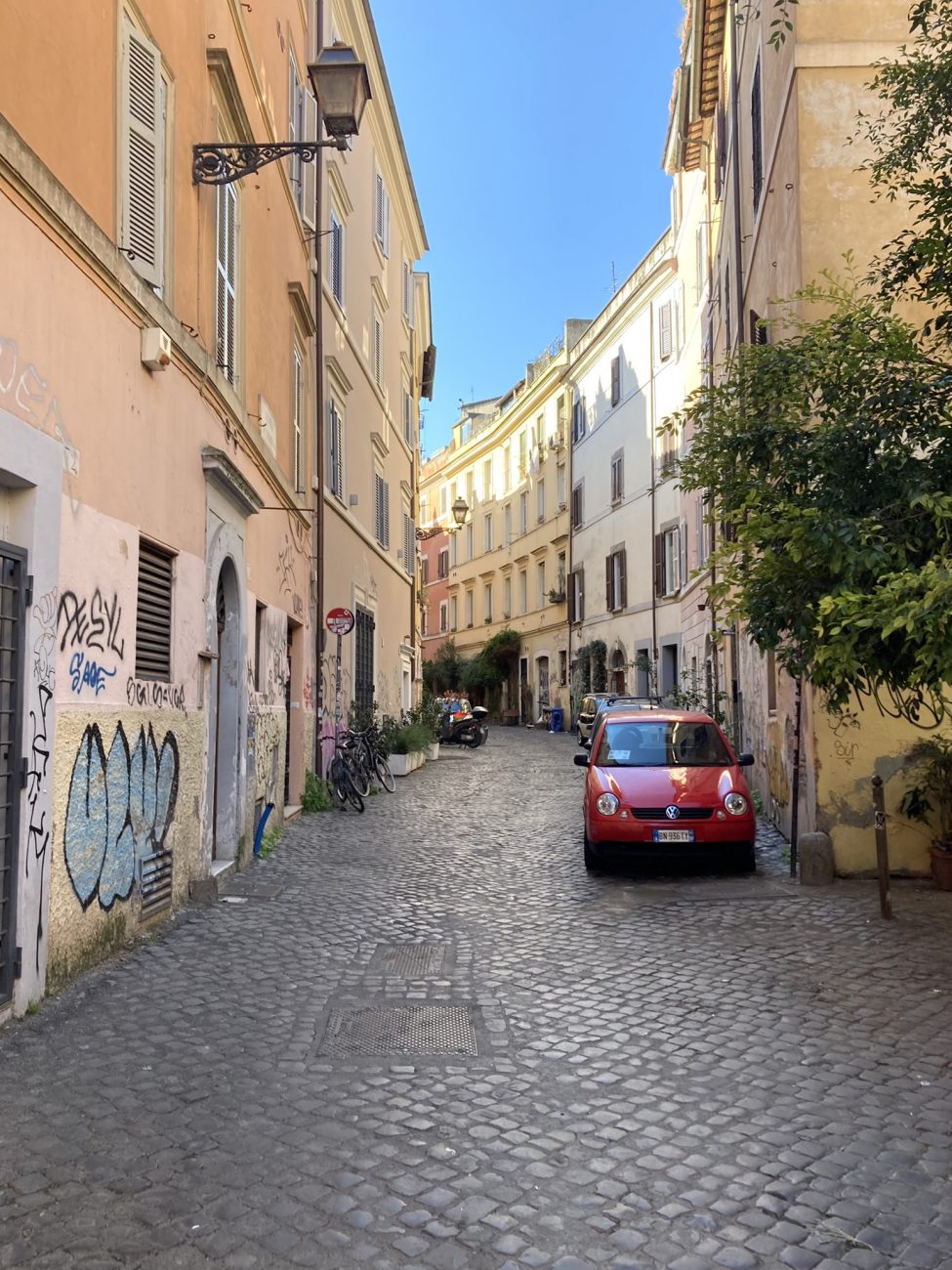 One of my favourite things to do while on holiday is try lots of delicious food and what better place to do that than in Italy?! On my recent trip I spent a few days in Rome and tried lots of delicious vegan food. All vegans know that being vegan and travelling can mean a lot of research beforehand so I’ve compiled some of my favourite (and some places that were highly recommended but we didn’t have time for) to make your vegan Rome trip easier!

Origano was my favourite place we ate while in Rome. It caters really well for tourists but still has amazing traditional food. Not all the food is vegan but they have plenty of vegan options including 5 vegan pasta dishes and over half of their dessert options are vegan too! 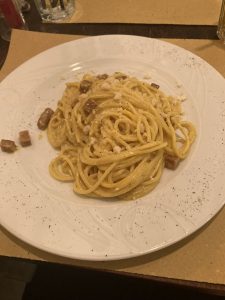 I had the vegan carbonara which was so flavourful. I’ve never had a vegan carbonara before and I have to say it had more flavour than some ‘regular’ carbonaras I had before I was vegan. I’ve wanted to try tiramisu for years but never seen a vegan one so I jumped at the chance to try one here. It was so tasty, the vegan mascarpone was so creamy and indulgent and I still think about this tiramisu all the time! My husband had the vegan chocolate mousse which was also very rich and creamy, I wish we had more time in Rome as we’d definitely have been back for a second visit! 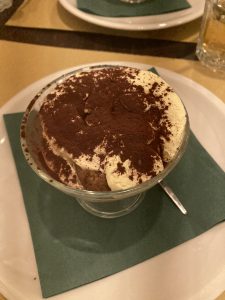 iVegan is a vegan supermarket and online shop in Rome. It’s a great place if you’re nearby to stock up on a few essentials for your holiday. They also have a kitchen there where you can stop off for some vegan fast food such as hot dogs and burgers. Not the most traditional Italian food but it’s always good to support a vegan business. We walked quite a long way to get there on our way back from the Vatican so it was nice to be able to grab a bite to eat when we got there. 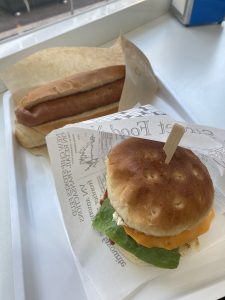 I had a bacon cheeseburger and my husband had a plain hot dog and we sat at the window and watched people go by for a while. It was all very tasty and fresh and set us up for a bit of vegan shopping in their supermarket. I wanted to try a vegan mozzarella and I can’t recommend the Fermaggio Mozzeralla highly enough. It was just like the real thing and went very nicely in sandwiches with a bit of salad and a slice of vegan ham. I can also really recommend Il FrescoFresco mini croissants which has a lemony sugar coating and were perfect with a coffee at breakfast. 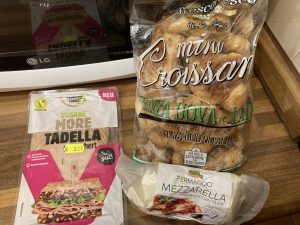 This was one of the places we wanted to go to but just didn’t have time for. It’s close to Origano Campo De’ Fiori and is fully vegetarian and most of the dishes are vegan. It comes very highly recommended for its Italian classics.

In Rome we found the best supermarkets and grocery stores for Vegan food were Coop, Conad and Carrefour which can be found in most areas. In these shops you can easily find vegan milks, yoghurt, meat alternatives and accidentally vegan snacks and bread. Our favourite snack was taralli which are crunchy crackers made with olive oil so they are likely to be vegan (although there are a lot of different flavours and brands so do check the ingredients). Lots of dried pasta in supermarkets is vegan, just watch out for egg! And of course there are lots of crisps and so much fresh produce that you must try!